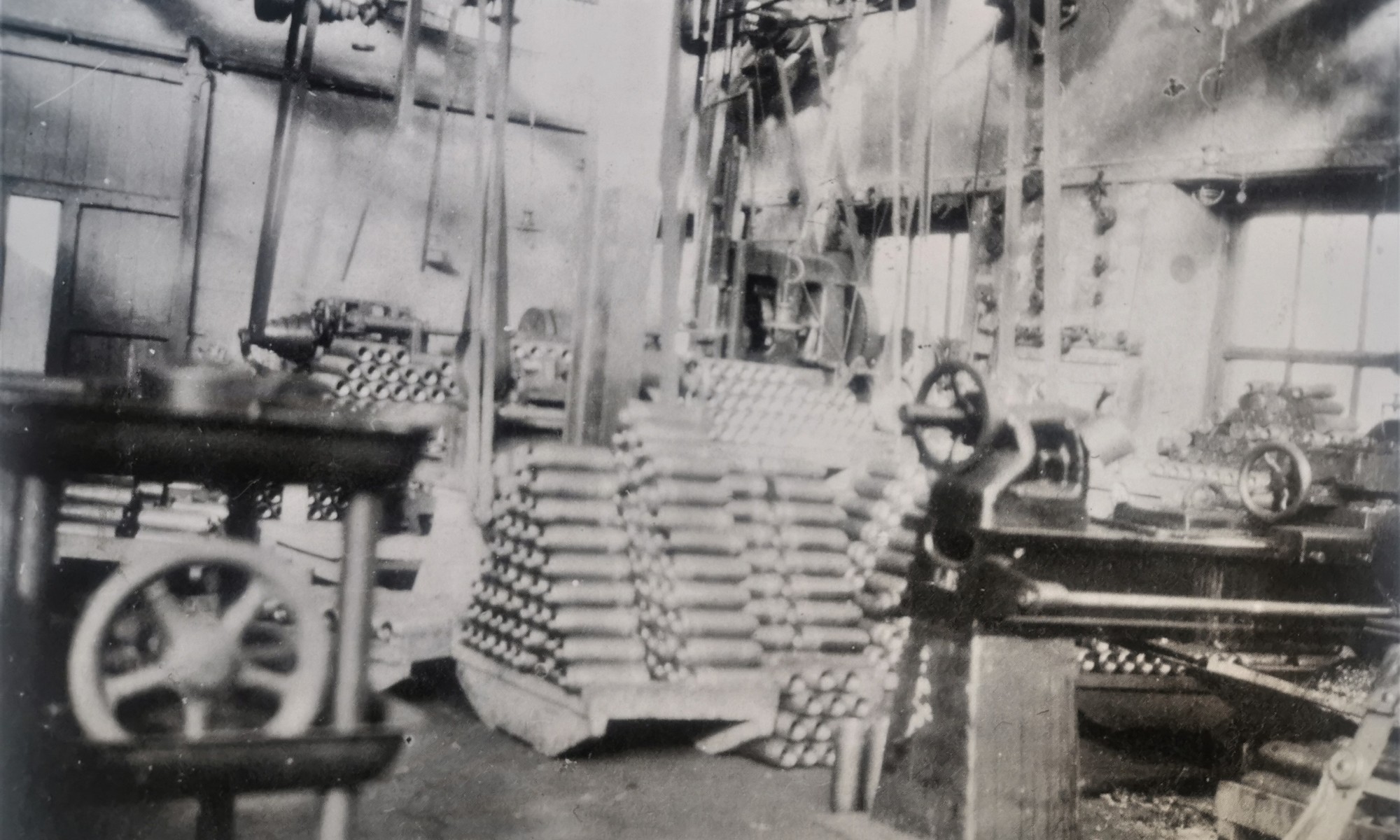 In the early 1900s Pierce’s foundry, once located at the corner of Mill Road and Distillery Road, was one of the largest employers in Wexford town. It was also one of the biggest manufacturers of engineering and agricultural machinery in Ireland, selling its products worldwide to Europe and both South and North America. During World War 1 they manufactured Brass shell cases, without caps or detonators. These were then transported from Wexford via train where they would be then filled with explosives at their next destination and sent off to the front in Europe to be used in the fighting.

On the 19th of July 1920 members of the IRA in Wexford town raided the foundry taking between 450 and 500 empty shells. Two lorries were borrowed from outside the town for the operation and brought into the foundry yard where 12 men were waiting to load the shells. While this was ongoing men had been positioned nearby and in the vicinity of the different barracks to watch the movements of the police and military. Wexford Military barracks was situated just about 250m up the road from the foundry and armed IRA men were positioned nearby to engage them if they attempted to interfere with the operation.

The shells were removed from the foundry without alerting the police or military and stored at ‘Captain Jordons’s place near adamstown’. Some of the shell cases were later used to make mines with the majorithy though sent to the 1st Southern Division, an area which comprised all of counties Waterford, Kerry, Cork and West Limerick.

Today Tesco supermarket occupies the site of the former foundry works at Pierce’s but an art piece depicting various elements of engineering stands to mark the location.