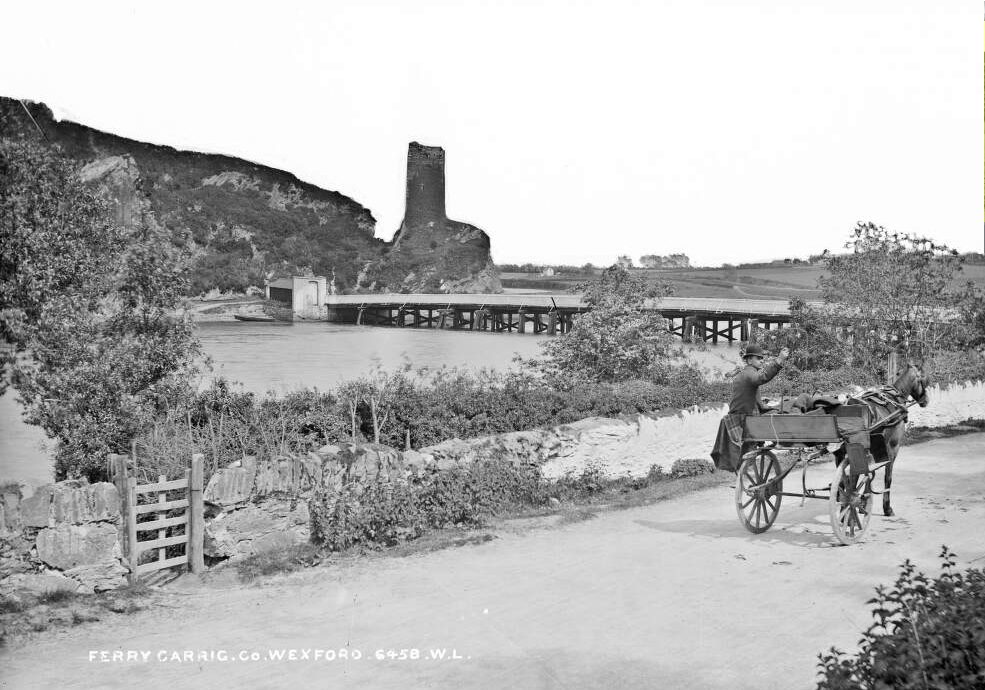 In early June 1920 two RIC police constables named Armstrong and Torsney were cycling from Wexford to the barracks in Taghmon when they were ambushed by two men. The event took place somewhere along the road between Ferrycarrig and Ardcandrisk (see map below).

The south wexford brigade activity reports state that a William Cullimore, from Pearse St. Wexford and a Pierce Byrne, from Charlotte St. Wexford, were responsible. Upon seeing the RIC officers coming towards them both men stood in the middle of the road, calling on them to halt. The police however refused and kept on cycling. Cullimore opened fire from a ’38 Revolver’. Byrne was unarmed. One of the officers, Sergeant Torsney, was hit in the hip/leg area, but continued to cycle on and both officers managed to escape. Newspaper reports on the event state that the police were chased along the road, being fired at by the men and that Torsney was wounded in his left leg, but both officers managed to reach Taghmon Barracks safety. They did not return fire at their attackers.

The exact location where the ambush occurred is unknown but the stretch of road where it happened is well suited for such. The modern N11 road, which continues south after Ferrycarrig bridge, did not exist. Instead it followed the south side of the river Slaney along the shore and continued along where the heritage park entrance is located today. The river on the north side of the road, combined with the high ground to the south near Ferrycarrig bridge and the railway line on the same side further west would have left little choice for a quick escape. Despite this however the police did manage to do so and this event may have been a chance encounter rather then a planned one.

Conflicting accounts are noticeable in some newspaper reports. The Munster News ( 9th June 1920 ) and Irish Independent (8th June 1920) state the police reported being attacked by 4 men instead of the 2 reported in the activity reports. The Irish Times (8th June 1920) compliments the latter, also reporting 2. The increase to four men was likely an attempt by the police to bolster their escape.

One Reply to “Police man shot near Ferrycarrig”